As family breaks down, government becomes larger and more costly 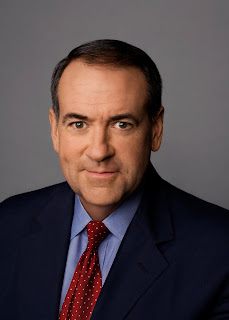 “Why don’t you leave that stuff alone? What we’re really concerned about is the economy, big government, high taxes, the debt and deficit.”

“Let me let you in on a little secret,” said Gov. Mike Huckabee at MFC’s Annual dinner in April. “You can’t separate the character of a culture and the cost of a culture. You can’t separate what happens within a family and what is going to happen within the size of government.” Huckabee shared that as governor he learned that “the degree to which character and morality broke down in individual citizens and in family units, that would be the degree to which there would be a demand for more government and the demand for more taxes to pay for it.”

“And, when people come to me and say, ‘I wish you guys would stop talking about these moral and social issues,’” continued Huckabee, “I’m going to say we’ll quit talking about them when you can tell me how we can have an economically viable society without a sense of personal responsibility and morality and character - because the fact is we can’t.”
Posted by Chuck Darrell at Saturday, May 22, 2010 3 comments:

Thanks to the NOM TV ad, (see below) and local media, the plan to impose homosexual marriage on Minnesota by passing a bill in the state legislature in 2011 is being exposed. A recent article in the Daily Planet reported that Amy Johnson, Executive Director of OutFront, the most powerful GLBT lobbying organization in Minnesota “…says her organization is ready for the battle. ‘Certainly, Minnesota is one of the last battlegrounds," she said in an interview today, where the marriage issue has not been settled with court decisions or state constitutional amendments.

"Johnson was upbeat on the prospects for same-gender marriage in next year's legislative session, though, calling it ‘imminent...if we get a good governor [in the 2010 election], and if we keep a hold of a few seats in the House, we will see equality in 2011.’”

It was also reported that Matt Entenza, one of several DFL gubernatorial candidates all pushing for homosexual marriage said, "Groups like NOM, pushing their agenda, would do well to remember that once upon a time we didn't allow people of different races to marry, either. Those who do not learn from history are doomed to repeat it."

Playing the race card is a favorite trick of those who support redefining marriage. Most African Americans don’t support homosexual marriage however. In fact, Pastor Bob Battle of the COGIC in St. Paul sees it differently. Battle correctly states that homosexual “marriage” and interracial marriage have nothing in common. Allowing a black man to marry a white woman didn’t change the definition of marriage as it remained between a man and a woman. Allowing two men or two women to marry completely changes the nature and purpose of marriage.

Mr. Entenza, are you saying that a child doesn’t need a mother or a father?

Minnesota next key battleground state in fight to protect marriage

The National Organization for Marriage* (NOM) today began a $200,000 statewide television campaign to inform Minnesotans of the attempt by special interest groups to redefine marriage in Minnesota, and called on elected officials to let the people vote on this critical issue.

“Many Minnesotans are unaware that special interest groups are working to convince activist judges and DFL lawmakers to redefine marriage in the state,” said NOMs president Brian Brown. Recently a lawsuit was filed by Marry Me Minnesota asking the courts to redefine marriage, and six bills were introduced in the legislature this year to do the same thing.

“We welcome NOM to Minnesota and appreciate their efforts to inform Minnesotans on the serious threat to marriage in our state,” said Tom Prichard, president of the Minnesota Family Council.

The ad shows Sen. John Marty boasting that he believes homosexual marriage could be legalized next year when the legislature reconvenes. Marty believes all that’s needed is a pro-homosexual marriage governor. NOM and MFC take his statement seriously.

“It’s critical that Minnesotans understand where each gubernatorial candidate stands on marriage,” continued Prichard. MFC understands the most DFL and Independence candidates for governor support imposing homosexual marriage on Minnesota, and most DFL legislators don’t want Minnesotans to have a say.

31 states have already voted to protect marriage. That’s why, when they ask for your vote, ask them if they’ll guarantee your right to vote on a marriage amendment.

Contact your legislator or candidate and ask them to let the people vote.

* NOM is the nation’s leading advocacy organization protecting marriage as the union of one man and one woman. The group has been active in marriage debates in numerous states, including helping secure the passage of Proposition 8 in California in 2008 and Question 1 in Maine last year. NOM also helped defeat homosexual marriage proposals in New Jersey and New York last year, and is battling for the right of District of Columbia voters to overturn gay marriage in the nation’s capitol.

Promote Your Page Too